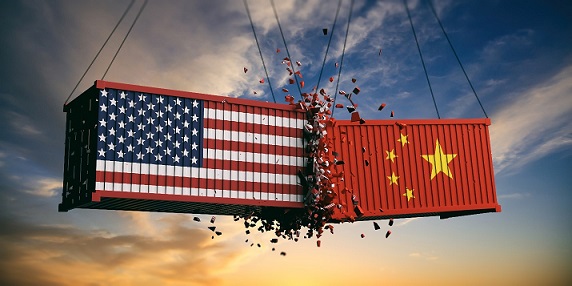 Developed-market stocks crept higher in July, while emerging markets slid amid continued signs of slowing global economic growth. Regionally, the Middle East delivered some of the best country-level returns—Turkey and the United Arab Emirates were the month’s top performers; Israel and Qatar also registered among the best returns—while Europe and Asia lagged the rest of the world.

Second-quarter earnings for companies in the S&P 500 Index appeared on track for the second consecutive quarter of year-over-year declines, which hasn’t happened since early 2016.

Recently, SEI Private Trust released its Monthly Market Commentary entitled, “Trade Talks Trip on New Tariffs,” which we thought would be of interest. A summary of the conclusions is provided below:

The shortest-maturity U.S. Treasury rates fell in July, while short-to-intermediate-term rates increased, reducing (but not eliminating) the yield curve inversion that has persisted since the spring. Government bond rates declined across all maturities in the U.K. and eurozone during the month.

Top-level U.S. negotiators wrapped up recently-resumed trade talks with China at the end of July. President Donald Trump announced on August 1 that the U.S. will impose 10% tariffs on $300 billion of Chinese goods beginning in September, essentially covering all remaining yet-to-be tariffed imports. China responded that it will retaliate if the tariffs are enacted, but the uneven trade relationship leaves a limited pool of U.S. exports for China to tariff (although China allowed the yuan, its currency, to depreciate in early August as a countermeasure).

In late July, President Trump and Congress struck a two-year budget deal to raise U.S. discretionary spending; this was expected given sufficient bipartisan support for the deal.

Boris Johnson began serving as U.K. Prime Minister and leader of the Conservative Party toward the end of July, using his new platform to double down on his campaign promise to depart the EU—with or without a Brexit deal—on October 31. He signaled that if the EU wants to avoid a no deal departure, the Irish “backstop” (part of the deal struck between former Prime Minister Theresa May and the EU) would need to be dropped before any substantive renegotiation could commence. EU negotiators, for their part, have expressed no plans to renegotiate the withdrawal agreement struck with Johnson’s predecessor.

The Federal Open Market Committee (FOMC) voted during its late July meeting to cut to the federal-funds rate 0.25%, as was widely anticipated, but signaled in its announcement that the cut should be interpreted as a mid-cycle adjustment rather than the beginning of an easing cycle. The dovish turn also involved an early conclusion to its balance-sheet reduction program, which was originally scheduled to end in September. These accommodative actions came amid below target inflation and uncertainty about trade developments.

U.S. manufacturing conditions eased firmly into modest expansion territory during July, while services sector activity accelerated to slow but-healthier levels. The U.S. unemployment rate held firm at 3.7%, near a 50-year low, and the labor-force participation rate increased to 63% as U.S. employers continued to hire workers at a moderate pace.

U.S. economic growth measured an annualized 2.1% during the second quarter, down from 3.1% in the first quarter.

Our Point of View

July marked the tenth anniversary of the U.S. economic expansion. The bull market in the S&P 500 Index reached its tenth birthday in March, and appeared to celebrate these achievements by moving into new-high territory through late July. But there now seems to be anxiety that the equity bull market is on its last legs, the victim of a slowing global economy, the lagged impact of last year’s U.S. interest-rate increases and, perhaps most importantly, a worsening trade war between the U.S. and China.

To be sure, the U.S. economy is hardly firing on all cylinders. There’s a good chance that capital spending will continue to ease in the months ahead, but we’re not forecasting a major downturn. Corporate cash generation continues to run slightly ahead of capital expenditures. The main point to remember: It’s not unusual for capital expenditures to run well in excess of cash flow, especially toward the end of the economic up-cycle. And that’s not happening yet.

We need to see a severe deterioration in financial and leading economic indicators before climbing onto the recession train. Even after the past two years of multiple Fed rate increases, there are still few signs of a build-up in financial stress.

The big unknown, of course, is how the evolving tariff war between China and the U.S. will affect U.S. economic growth and global trade in the months ahead. Tariff tensions and worries about global growth have put only a modest dent in the confidence of American businesses so far, but it certainly looks as if the U.S.-China trade relationship is getting frostier.

It is our view that the U.S. economy should be able to weather this storm. An all-out tariff war between the two largest economies in the world will certainly disrupt supply chains and likely lead to higher prices for a broad range of consumer goods. Still, we think it helps to keep the problem in perspective. Even if the U.S. imposes a 25% tariff on all Chinese imports, total duties will amount to roughly 0.5% of U.S. gross domestic product, according to our calculations of data provided by the U.S. International Trade Commission. It is not our intention to minimize the importance of the shift in U.S. trade policy toward protectionism. The speed and ease with which supply chains can be relocated to other countries will be a critical factor, either exacerbating or tempering the tariff impact on consumers and companies in both the U.S. and China. An escalation of the trade wars by the U.S. against other countries would prove far more dangerous for the near-term growth prospects in the U.S. than if trade were disrupted only with China.

In all, we think the U.S. economy will show resiliency in the face of what is admittedly a stiff headwind. Household income growth has continued to advance at a good pace. The decline in U.S. interest rates that began late last year should certainly help consumers.

We think there is still life in the economic expansion, both in the U.S. and globally. If we’re right, that means corporate profits should continue to expand and push global stock markets to higher levels in the months ahead. This may seem like a bold statement at a time when the world seems increasingly unpredictable and the economic data point to slowing growth. Yet we simply do not yet see the economic imbalances or nosebleed equity-market valuations that normally bring on recessions and an associated contraction in earnings and stock prices. It is also clear that central banks have investors’ backs as monetary policymakers promise to (or already have) cut interest rates in various parts of the world and provide additional liquidity to their banking systems in both developed and emerging countries.

To learn more about our distinctive goals-based approach to life and wealth management or request a copy of the full-length paper, please do not hesitate to contact our team directly.

Now in its 50th year of business, SEI (NASDAQ:SEIC) is a leading global provider of investment processing, investment management, and investment operations solutions that help corporations, financial institutions, financial advisors, and ultra-high-net-worth families create and manage wealth. As of Dec. 31, 2018, through its subsidiaries and partnerships in which the company has a significant interest, SEI manages, advises or administers $884 billion in hedge, private equity, mutual fund and pooled or separately managed assets, including $307 billion in assets under management and $573 billion in client assets under administration.