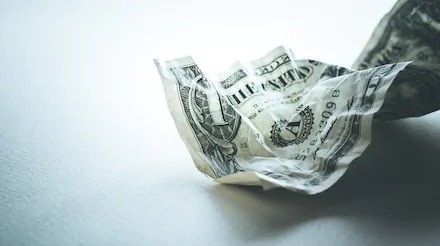 The origin of “Cash is King” is not entirely clear. Former CEO of Volvo, Pehr Gyllenhammar, used the phrase in 1988 coming out of the 1987 global market crash. It was also commonly used during the Great Financial Crisis (GFC) in ‘08-‘09. Cash was certainly valuable for companies who could stave off bankruptcy, or even households avoiding home foreclosures. After all, one of the primary issues during the GFC was liquidity, which cash readily provides.

In addition to liquidity, cash provides flexibility. Flexibility provides choice, and choice gives you freedom. Now that I’ve built the case that cash is the greatest thing since “cash me ousside, howbow dah”, let’s consider an instance where cash is more of a pawn, than a king.

With regard to charitable giving, cash is not the most effective tool. However, donating appreciated assets can yield far better results from a tax planning perspective. Approximately 80% of donors have appreciated assets, such as stocks, ETFs, mutual funds, or bonds. But only 21% of those donors have contributed these types of assets to charity1 . Most donors are simply unaware of the options available to them to maximize their giving.

Consider Joe. Joe is in the 37% federal income bracket. He owns some stock valued at $50,000 with $30,000 in gains that he wants to donate to a charity. If sold, those gains will be subject to a 20% capital gains plus 3.8% Medicare surtax. Rather than giving the full amount to his charity of choice, Joe gives $7,140 of that $50k to the IRS. The result, is that Joe gives about 14% less than he could have if using appreciated securities.

To be fair, there are some nuances regarding deduction limitations that should be discussed with your business manager or tax professional; however, the tax-efficiency of donating appreciated assets should not be ignored.

In addition to marketable securities, complex assets should also be considered for charitable giving purposes. Complex assets take many forms, but typically include private company stock, real estate, private equity interests, alternative investments, even cryptocurrencies. Donating complex assets directly to the charity or through a donor-advised fund, can be an effective method of transferring ownership in a tax-efficient manner. This is particularly important if the asset is relatively low basis.

When it comes to charitable giving, the tax efficiency of the donated assets should always be considered. You’re either giving to the IRS or to your charity of choice. Take your pick.

If you’re interested in learning more about charitable giving techniques that will maximize giving and minimize taxes, please feel free to reach out to us.