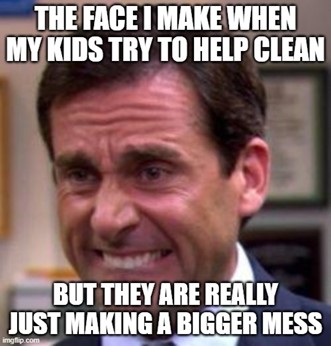 If you were to open the front door to my house, you would be immediately greeted by a host of stuffed animals my daughter placed on the stairs and baby toys as far as the eye could see. Our living room is a minefield of pacifiers and Fisher-Price® products. But it’s still not as messy as the current financial markets and economy.

It’s hard to define the current state of the market and economy in a single word. You could call it a quandary, a quagmire, or just a complete and utter mess. It’s difficult to make heads or tails of it. There are flavors of the late 90s/early 2000s where the fundamentals, or financial strength, of companies didn’t matter (think meme stocks and crypto), mixed in with stubbornly high inflation, taking a page out of the 1970s and 1980s.

After US inflation appeared to level off in July, economists expected inflation to slow based on lower energy prices. Instead, inflation rose in August (8.3% year-over-year) despite decreased oil and gas prices. Some of the transitory inflation factors (energy, new and used vehicles) are beginning to rollover, while stickier inflation components (shelter, food away from home) remain on the higher end.

Speaking of shelter, the real estate market is showing clear signs of slowing with aggressive price cutting, declining home sales, and falling mortgage applications. All of this is happening as rising interest rates are pricing out potential home buyers.

The Federal Reserve has increased interest rates four times this year (up 2.25%) to combat inflation with an expectation that rates will continue to rise going into the end of the year. It’s clear that the Federal Reserve is dedicated to stamping out inflation, accepting that the financial, housing, and job markets may be collateral damage (could this mark the death of the “Fed Put?”).

Wages have risen meaningfully, putting pressure on employers, but still aren’t keeping pace with inflation. All these data points would point to a poor outlook, if it weren’t for the job market, which is booming. There are two open jobs for every person looking for a job and the US has added an average of 400,000 jobs per month so far this year. In other positive news: Global supply chains are easing1, retailers are heavily discounting excess inventory2, gas prices are lower3, car prices are normalizing4, and real-time data suggests that rental inflation is easing5.

All of this to say, things are messy. 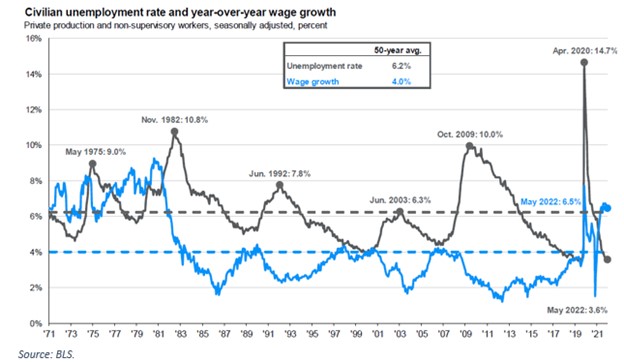 If there is any lesson to be learned from today’s climate, it is that the market, the economy, our politics, and our lives are messy. We want them to be tidy because it would be easier to make decisions and formulate our opinions. Unfortunately, 2 + 2 = 4 can’t be applied to all aspects of our lives. The market, and economy, is a compilation of the actions and decisions made by billions of people across the world. If people are messy, we should expect the market to get messy from time to time.

Messy market conditions generally evoke an emotional response. Emotions are certainly important as dashboard indicators on how you feel about yourself and your surroundings but are terrible fuel for financial decision-making. This is why we emphasize the importance of creating a thoughtful and cohesive wealth management plan that accounts for these types of environments and focuses on achieving your specific career, life, and wealth goals.

We are grateful for you and your continued trust and confidence.

1 The New York Fed’s Global Supply Chain Pressure Index declined for the fourth consecutive month in August to reach its lowest level since January 2021.
2Bloated inventories are forcing retailers to offer discounts to offload them. The proportion of apparel, footwear, and accessories that was on markdown in July was ~60% compared to 43% a year ago.
3 The U.S. Energy Information Administration reports that average gas prices are down 95 cents since June.
4 The Manheim Used Vehicle Index has declined more than 10% since January 2022.
5 Zillow’s Observed Rent (based on national averages) has decelerated from over 17% to 13% (year-over-year) since February.